Lessons From A Broken Girl…

Once upon a time, not exactly once, but so many, uncountable, but that’s that. She was always confined to her room, on her bed, with her diary , where she wrote both the good and bad, beautiful and ugly, moments to live for and moments dreaded. That didn’t change anything, but something else did- her first love. The diary was all about him, “how dare that diary?” “ what gave him such right” her thoughts long after it happened.

She had always loved exploring all by herself, experiencing because “ experience is the best teacher” so they say, but you can learn from someone who had walked in that shoes? That wasn’t her story and that was her biggest mistake.

the first passed, turned out he wasn’t the one after-all, so would you call it love? Or infatuation? She preferred to be silent about it; she didn’t understand anything. All she knew was that she had emotions, rushing in like the blood gushing out from a deep wound ( exactly her description).

The second came but she could care less because after all nothing good came out of the first, so why? Probably she hadn’t met the one yet. She was quick to let this go and for once, she felt decisive, strong, more alert about what she wanted. For her, this was progress but unaware of the doom ahead.

“ finally found him, and I’m not scared to show it” her words, you could feel the excitement in her tone! I was also excited for her; you should always be happy when your friends are right ?

Now, here comes the twist…this love was like a package wrapped with all the good things in life, but what do they say about presents? You don’t know what exactly it is, until you look inside. It could be what you need or end up to be what you don’t need. He was a present, an attractive one. She was caught up by the appearance and failed to look at the inside. Accepted it with her whole heart , kept on admiring, but refused to unwrap, why so? Because the appearance was enough for her.

By the time she was about to unwrap, it was too late. It had been done, the purpose of the present was fulfilled, she had carried it around for too long and it messed her up. Oh! I wished I could tell y’all how much she loved this present , but at this point, I also had my own problems so I can’t tell so much.

By the time she unwrapped, it was all rotten. Nothing good came out of it but only problems and more trouble. At this point, it felt too late for her to leave, she had no one to turn to. She already was so attached to him. I mean, I felt sad for my friend, but she had to go through this and learn from her mistakes. Maybe it’s now time to learn from others if she would keep on making the same mistakes.

After so much counseling and rehabilitation, she was able to pull through the damage already caused and was ready to move on . But this time, she moved on with herself. She needed to live with herself, study herself, learn to grow and love herself . At last, I was able to get my friend back, and I couldn’t be happier , because all she needed was for her to love herself first, before any other person. 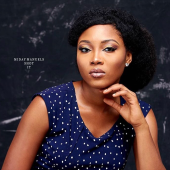 Akomolede Mosunmoluwa is a law student and a successful entrepreneur with three businesses in her name – A makeup artist, a fashion designer and a vendor ofcosmetics and fashion wears. Mosunmoluwa blogs about lifestyle, beauty and Faith.

How To Curate Your Instagram Theme| My Game Plan

Subscribe to my Tips and Newsletter to stay up to date

You have Successfully Subscribed!